Blog Post: a journey through Collective Encounters and beyond

A journey through Collective Encounters and beyond 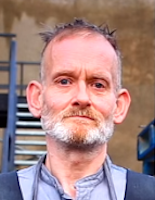 As a youngster I was described, amongst other things, as a musical child. This was perhaps not surprising because I’d been born into a musical family. My maternal grandmother had sung with the BBC Northern Singers in Liverpool, and an uncle had worked all his life as a professional musician. My parents too were musical, although musically different. My mother’s musicality was innate, whereas my father’s was learned. Throughout my childhood and early adult years, I played the piano and cello, sang with choirs, and went to concerts. Musical creativity had been a part of my life since childhood.

I became involved with The Spider Project in Birkenhead in 2015, and it was there that I first met Abi Horsfield. It was also at Spider where I started creative writing with Gerry Linford, and later with Denise Kennedy. In reality I’d been doing things with words and language for most of my life. I’d created lots correspondence for myself and for employers, along with endless shopping lists, to-do lists and random jottings. Between 2015 and 2018 I attended weekly writing classes at Spider. With Gerry and Denise’s expert guidance and encouragement, I started writing short narrative pieces and dramatic sketches.

All my creative writing at that time was intended for performance.

My first significant involvement with Collective Encounters (CE) was in 2017 when I took part in a short training programme called Effective Facilitation. I went on to join CE’s Transitions Programme. This consisted of weekly drama workshops with Abi, and gave me an opportunity of performing as an actor. I took part in the play Cracked, which was performed at venues around Liverpool, including The Everyman Theatre. I have taken part in a number of creative projects organised by CE, including their fifteenth anniversary celebration In Our Times, a film Keep Pushing, and the play Seize The Day.

I have maintained my connection with CE as an Associate Artist. I recently completed Radical Makers emerging artists’ training programme.

My theatre-going started as a child in Liverpool with Playhouse Christmas plays.

I enjoy all forms of theatre. Live theatre always has the potential to be great, or appalling, and everything in between. I enjoy the uncertainty of not knowing what it will be.

I’d intended applying to LJMU to study on their MA Writing Programme in 2020. Unfortunately world events put paid to my intentions. Out of curiosity, I contacted LJMU again in 2021 to ask whether the course would be running that year, and whether I was still in time to apply. I was surprised to be told that the programme would be running, and that if I hurried up and applied they’d look at my application. With encouragement from colleagues on the Radical Makers’ Programme and a great deal of support from Aidan Jolly, I was successful, and started the MA course earlier this year.

In my writing, I like exploring mismatched worlds, odd/unequal relationships and seemingly implausible characters. In the world of the imagination anything is possible. In writing, as in theatre, I believe that anyone is capable of doing anything. But for the reaction “surely not”, a Duchess may crap in a gutter.

I applied to join LJMU’s writing course because I wanted to develop my creative skills. In particular I wanted to learn the technique of writing, and become more disciplined. I’m now able to do this in the company of fellow students. The course is encouraging me to explore a variety of writing styles and forms. After an initial gentle start, the course has become quite demanding. I’m pleased to be able to say that so far I’m keeping pace with the challenge.

If you would like to get involved in Collective Encounters, check out our Adult Theatre for Social Change group, which is currently open to adults living in Merseyside, and is led by Abi Horsfield.