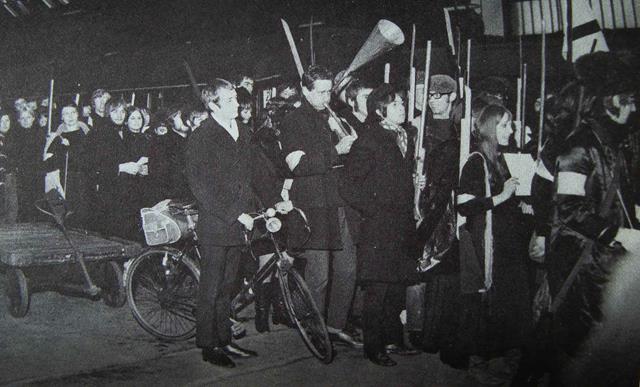 The short read
For an insight into this work look at Unfinished Histories excellent archive, particularly the Albert Hunt/Bradford Art College Theatre Group.

The long read
Andrew Davies’ classic Other Theatres: the Development of Alternative and Experimental Theatre in Britain (Barnes and Noble, 1987) is a great overview of the development of this radical approach.

Immersed in a radical social and political climate, a new wave of artists and theatre makers tired of convention began to experiment with theatrical form. They broke down the fourth wall, performed in non-traditional spaces, moved away from naturalism, created work collaboratively, experimented with audience participation, made multi-disciplinary performance and often told stories that hadn’t been seen on theatre stages before. Though radical at the time, these approaches have been so influential that they are considered the norm in participatory theatre performance today. Contemporary companies like Invisible Flock build on this experimental legacy and continue to break new ground in participatory theatre form, making what they call ‘interactive art’, operating at the cutting edge of art and technology.