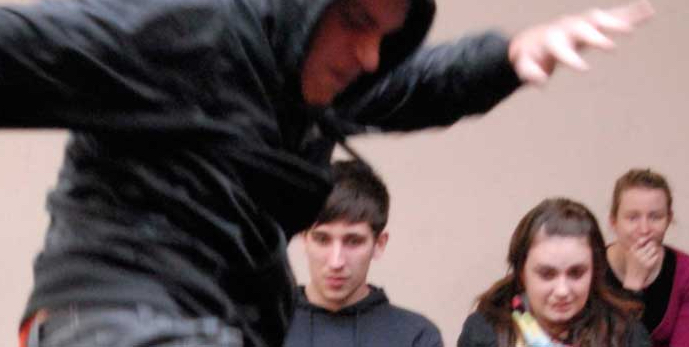 The short read
Applied Theatre/Drama: An E-Debate in 2004 (Research in Drama Education, Vol. 11, No. 1 2006) introduces a range of bite sized perspectives on what it is.

The long read
For an excellent overview of all aspects of Applied Theatre with UK and international case studies read The Applied Theatre Reader by Prentki & Preston (Routledge, 2009)

This term came into common use in the early 2000s to describe the many types of theatre that worked in community contexts and had a social aim. It’s an umbrella term that encompasses theatre with communities of interest and experience, cross-community theatre, activist arts, co-creation, relational aesthetics, community cultural development and all other participatory theatre with a social application. The term has remained popular in academic circles and is used in much of the literature describing this kind of practice, but hasn’t really taken hold at grass roots where the work is more often called participatory theatre, collaborative practice or community theatre.